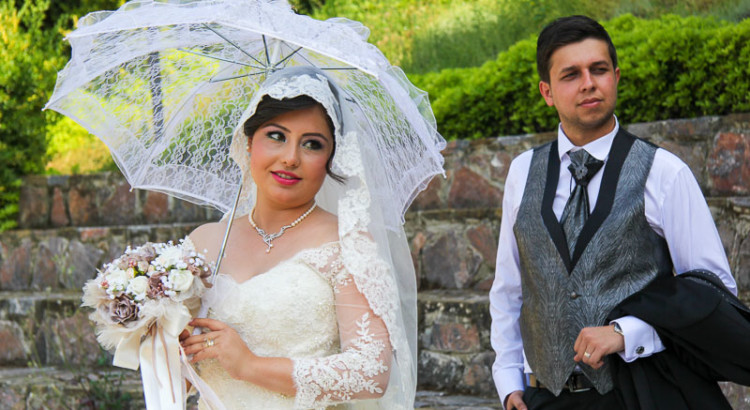 What is a Turkish wedding?

Marriage is very important in a person’s life and in Turkish society. When I tell my Turkish friends that marriage is less important in Europe and that lots of people live with their romantic partner without getting married, people get very surprised. Except in a very few areas, you cannot do this in Turkey. In Turkey, virginity is still a very important and sensitive topic, so we see early marriages in Turkey for this reason.
Turkish wedding incorporates some stages and there can be differences between ceremonies depending on your region or village. I will tell you how a typical Turkish wedding is held using the example of my little sister’s wedding:

After agreeing by themselves to get married or after having their relationship arranged, the couple gets engaged. Along with the formal engagement where the families place the rings on the couple’s fingers, some couples organize bigger events and invite more relatives and friends in a bigger venue. An important aspect is that, the cost of the engagement ceremony is covered by the bride’s family. Don’t think that this is an insignificant detail because some couples end up not getting married due to financial disagreements that occur before the wedding!
All marriages require a civil ceremony to be considered legitimate by the government, but a religious ceremony is optional and depends on the piety of the couples or their families. Sometimes, people have the civil ceremony before the religious ceremony in order to apply for relocation from their job so that they can live with their new spouse, without being legally married you cannot do this. However, in most peoples’ eyes, you are not considered married until you have big ceremony where you invite all your friends, neighbours, and family, even if the couple is not religious.

Henna night, a traditional version of a bachelorette party, is held the night before the wedding. Relatives and friends of the bride and groom attend this event, which is usually held at the bride’s family home. The bride wears a traditional costume called a “bindallı,” which is usually red. During the night the women sing and dance. The bride sits on a chair in the middle and a red veil is placed over her head. The women continue to dance and sing with candles and henna turning around the bride. The groom’s side is obligated to put money or gold in the hand of the bride. After that, henna is applied to the palm of the bride’s hand. This event is supposed to be the last day the bride spends in the home of her family, so it can be a sad occasion and some might weep.

On the wedding day in the morning the bride get ready in her white dress and waits at home with her family and relatives, until the groom with some of his relatives comes to her home to fetch the bride. They will come dancing and paying music with traditional instruments like the drum (davul) and pipe (zurna).

Once they arrived in to the home, the father of bride or the oldest man in her family, gives the bride to the groom, after it everybody goes to the wedding hall with the convoy to complete the ceremony with a big party.

Basically Turkish marriages are based on a lot of dance and folk dance (halay). The whole night everybody dances like crazy. In villages the groom’s family traditionally provides dinner for guests, but at most city marriages there is no dinner, just chips and nuts. Almost no Turkish marriages serve alcohol. There are two reasons for the absence of alcohol: Most Turkish people don’t drink and alcohol is very expensive in Turkey. Someone who wants to drink goes to the bar to buy his alcohol if the wedding is organised in an hotel.

One important difference between Turkish weddings and Western weddings is that there are no guest names on the table. The groom, the bride, and their mothers just invite everybody, all the relatives, neighbors and friends, because not to do so would be disgraceful. Basically they give invitations to everybody. So in the end hundreds of people are invited and you never know who is coming and who is not.
At the end of the wedding night (although in some regions, they are starting to have this part earlier) a gift ceremony is held. There are special gold coins to give as a gift. They have three sizes; full, half and quarter. Depending on people’s economic condition, and how they are related to the couple, they give one of these three sizes of coins.

For more pictures check out the photo gallery  😉 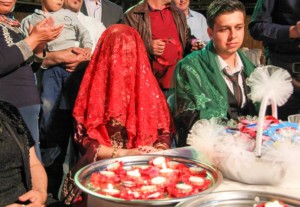 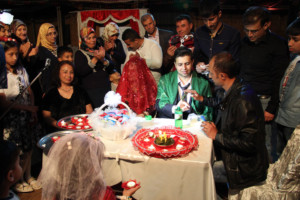 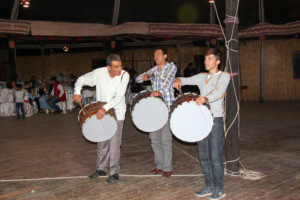 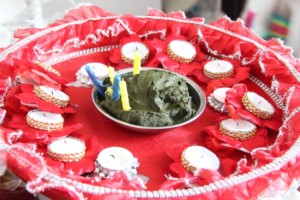 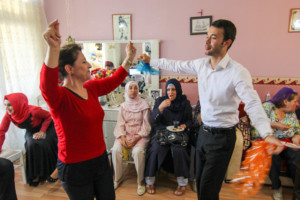 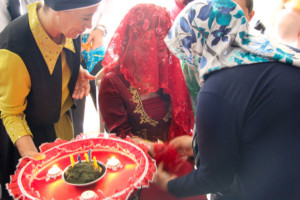 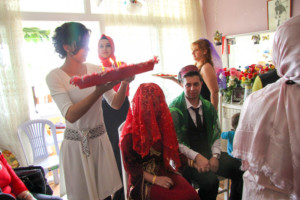 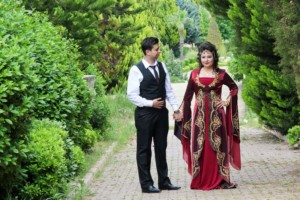 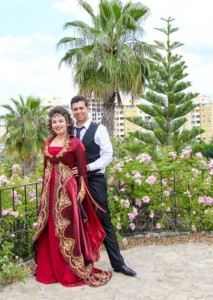 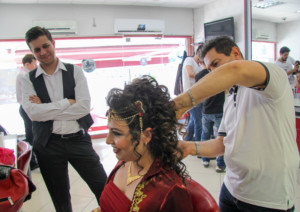 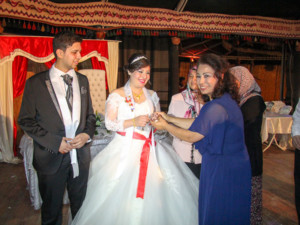 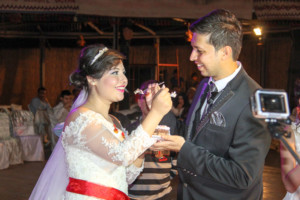 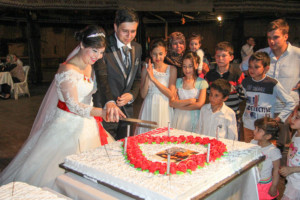 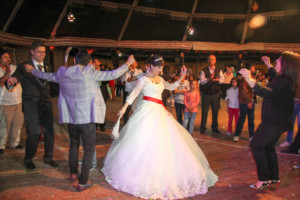 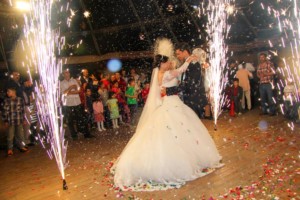 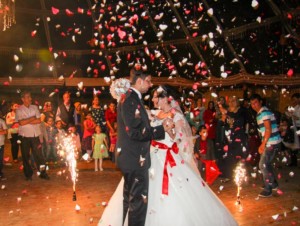 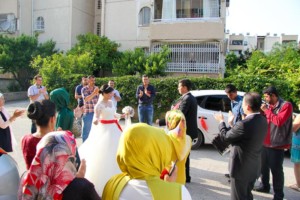 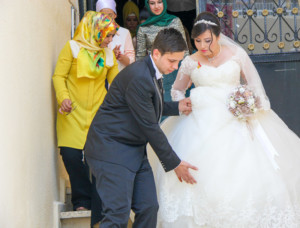 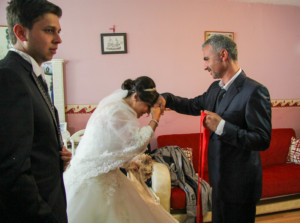 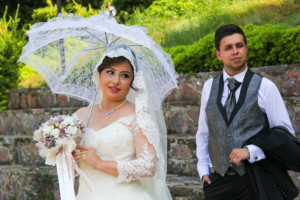 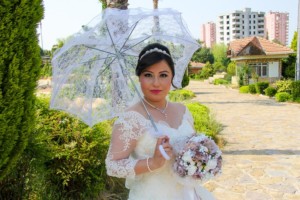 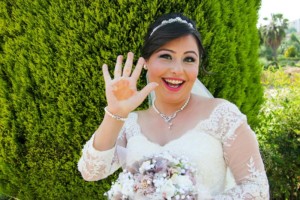 5 thoughts to “Will you marry me? But Turkish style!”