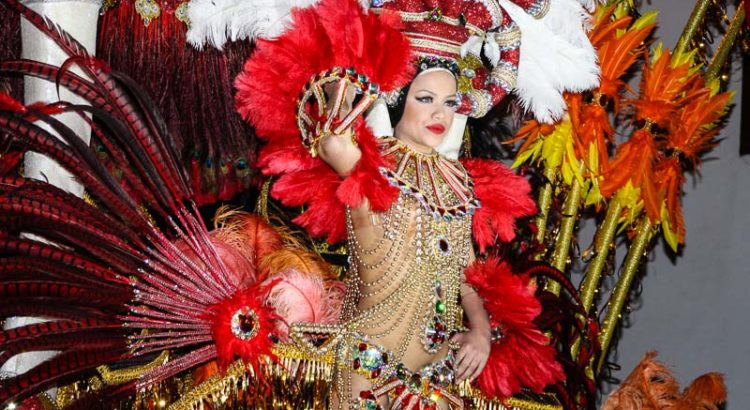 Carnival is a Christian festive season that occurs before Lent (a kind of fasting), the festivities typically occurs in same period all of the Christian world, during February or early March, in this period people have celebration and parade with masks and street party. Because of the excessive consumption of meat and alcohol is proscribed during the Lent, Carnival is the time to have quite the blast and belt the grape. Tenerife Carnival is one of them.

For a long time I have dream to go to Rio Carnival because it has always been so attractive to see the dancing girls with huge costumes, and I wanted the be part of the it. So by coincidence it has happened that I have found myself not in Rio but in the second largest carnival of the world, in Tenerife! Yes, between travelling to Finland and Canary Islands, we chose the sun.

Tenerife is the largest and most populated island of the seven Canary Islands. Although it’s geographically Africa, politically it’s a province of Spain. It is situated in the subtropical zone of the Atlantic ocean close to Morocco, making it a place famous for its wonderful climate.

To be honest, I didn’t know what to expect from a carnival celebrated in a tropical place considered my previous experience was in the very cold winter of Venice . I’ve never thought I could be having that much fun because i did not know carnival isn’t only about costumes or dance, the concept is about being ridiculous and silly. Therefore it’s so much fun.

The culture of carnival

If carnival is not part of your culture it’s important to understand and interpret things correctly, I met a Turkish guy working in Kebab Shop saying “Ahh carnival.. Women dress like men, and men like women…” The reality is much deeper than this, in Carnival everyone can express himself however he wants, dress and behave as he wants, also any joke is admitted. It’s the moment of the tolerance and the freedom, the moment to be ironic ridiculous or silly.

Since Spain is very liberal country, the result on this carnival is really hilarious!

One of the best thing about Carnival is, all the world and his wife participate it, no matter what your age is: pregnant, parents, children, disabled individuals, everybody enjoy in the same atmosphere. That scene worth to be seen! You don’t see a normal (without costume) people in certain days. No limitation in imagination. You can be EVERYTHING!

Everybody is super friendly and warm, even more than it’s normal to expect anyway being in Spain and in a tropical zone. Thus it’s easy the capture those kind of pictures since they easily will give attention and pose for you.

And yet, you can see little pirates, princesses, super heroes playing in the park, or lady bug, clown family walking on the street. For instance, you can be in toilet queue together with an shark, a policewoman and Captain America.

I’m not worried about to attract tourist and to exploit the city, since Islands are already hosting more than 12 milion tourist each year. So, come next year and enjoy the carnival while having sun.