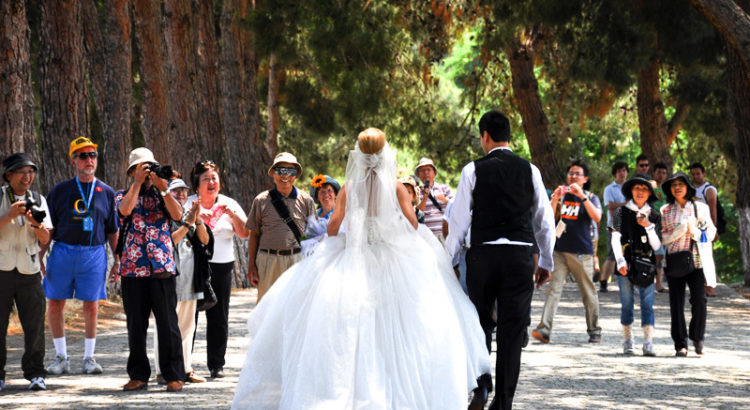 After having so many experiences, I began to form the theory that having a foreign partner makes life more interesting. It’s exciting to spend time getting to know their culture and exchanging language. It turns out it was a brilliant idea.

Fortunately, my spouse wasn’t the only good result of my theory. As time goes on, I’ve started to realize that there were even more good reasons to make this decision and I’m so glad I did. With a clear mind and the ability to see the consequences from both sides, I’m sure this has been one of the best choices I have made in my life.

Are you dating a foreigner? Do you want to get married and live together, but you have some doubts?

Should I get married with him/her?

Marriage is already difficult in and of itself, won’t it be harder to marry a foreigner?

How are we going to communicate?

Where are we going to live?

Well, I have some tips that might give you some ideas, and I hope they are the right ones.

If you marry a foreigner:

*You’ll become a more tolerant person, the key for a happy life. Having a different background and culture often prevents arguments or fights. You have already realized that you have to listen your partner more carefully since one of both of you may be speaking a different language. Before you start to feel upset, you have to understand each other well. In contrast, most couples from same background have disagreements because they lack tolerance. Speaking the same language allows two people to speak without thinking and miscommunicate more easily.

What’s obvious to you might be different for your foreign partner. For example, in my case, having breakfast with cheese, olives, tomatoes and cucumber is a given. For my European husband, however, it was very weird. Also, I learned a variety of ways to prepare coffee and food, as well as how to design a home. I even discovered different kinds of fruits and vegetables I didn’t know about before! Everything about the culture of your spouse becomes precious. The more you learn about other culture, the better you know yourself.

*You will not be judged because your partner’s family will be meet you and as part of a different culture. Thus, they will be more tolerant and insightful to you, giving you a better chance to introduce yourself the way you are. Especially in Eastern countries, the relationship between a wife and her mother-in-law is very sensitive. This uncomfortable relationship can destroy marriages and indeed it does affect most people. My friends often ask me about my mother-in-law (a common question – and very important! How the mother of your husband treats you can change your life radically). Thankfully, I don’t have any problems in that regard.

*You’ll learn another language. You will start learning a new language naturally, without spending money for a language course, and even without making much effort.

*Even if you are not a big traveler, you will definitely travel to different countries and meet some cool people.

*Your child will be bilingual at least. Most international couples tend to live in a third country, so your child could even become trilingual, learning languages without spending a single penny. And also growing up in an international environment makes your child wiser and more open-minded toward the world.

*Celebrating different traditional ceremonies brings more fun to your life. Especially if you’re coming from totally different countries. For instance, me, coming from a country where the majority is Muslim, never celebrated Christmas, Halloween, or Easter. Seeing and celebrating these local feasts and traditions was very fun and informative for me.

*One of the other most important things is that learning about a new culture, exploring new ideas, meeting people, and learning languages will definitely increase your intellect and make you feel enriched.

Intercultural marriages are definitely not easy, but they are NOT harder than any other marriage.

People often ask me if we can communicate okay, whether or not I express myself enough, or if I miss speaking my own language. When I first met my husband, my English was much worse (imagine how bad!), and he was barely able to make basic sentences, saying things like “I was angry (hungry) so I ate my kitchen (chicken),”and we always ended up laughing. And then there was me, searching for the right word sometimes, or trying to explain the meaning of something. However, we make it work, and even created our own mixed language. By the same token, every couple has misunderstandings. Speaking the same language doesn’t always mean perfect communication.

Do you think couples who marry within the same culture, country, city, village, or even next door have it easier? How many couples do we know from same culture still have problems talking to each other or have an unhappy marriage? A happy marriage is not about marrying someone who is like you or different from you. If you love one another and truly want to be together, you’ll find a way to make it work.

Having said all this, and looking back on it… I would marry my foreign husband again.

Are you dating or married to a foreigner? What do you think about living together? Are you struggling, or is everything wonderful so far? Share your experiences below…

20 thoughts to “Why should you marry a foreigner?”