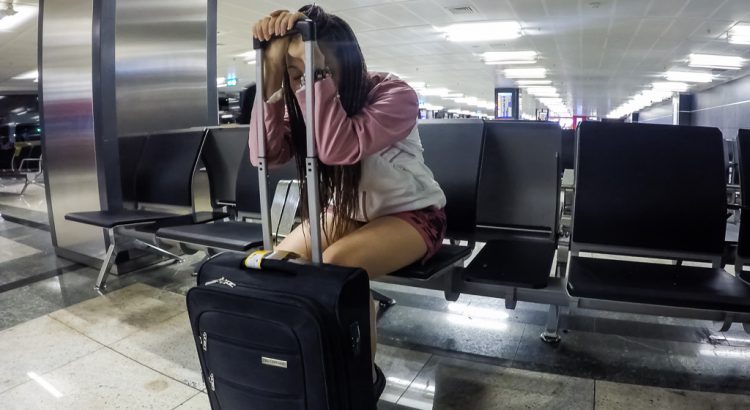 * This article isn’t written to feed patriotism and nationalism. Simply it’s written to express my experiences and give some information.

Big day is getting closer. I’m going to make the biggest surprise of my life. 40 years old. The number always seem very old and far to us. It wasn’t that old at the end.

My spouse’s 40th birthday. What do I do? You don’t want to make random gift. And as we are against consumerism, the best gift is going somewhere we have never been before, what better than a surprise travel? I will organize everything without to say him the final destination!

There’s no plan to go to Turkey. Let’s go to Cyprus so my family also can come. Vacation, seeing the family and the birthday gift… Killing three birds with one stone.

Note that Cyprus has two parts; Greek (South) and Turkish (North). Considering travelling is not in Turkish culture and also it’s not easy to go abroad with Turkish passport, there wasn’t many options to meet my family in any other country.

I bought our ticket from Dublin to Larnaca (South of Cyprus) with these feelings. I will not have any visa problem because I have Italian residency, so I can travel all EU countries without any problem. The only potential issue was about my Italian husband! Since his passport is expired, we know South of Cyprus is EU country but I needed to be sure if he can travel also in the north of Cyprus only with his ID card.

What about North Cyprus?

North Cyprus (Turkish side) is not a recognized country except by Turkey. I cannot expect there’s a consulate to ask if he can pass with his ID or not. So I called The ministry of interior of North Cyprus and then the army to be sure he is going to be able to pass. Answer was YES!!!

Once confirmed there is no problem with the documents, I started to make the itinerary. Plane tickets, accommodation, renting car, booked and paid everything. The most organised travel in my life, everything ready. I even searched the restaurants we are going to eat. 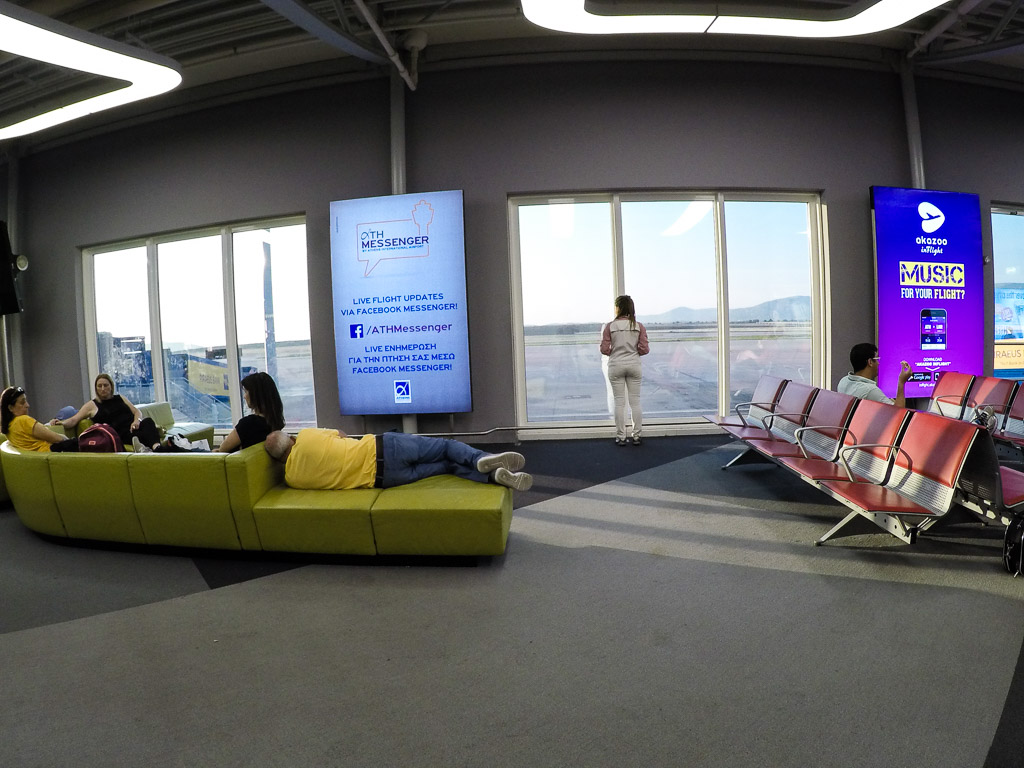 We went to the Dublin Airport from Cork City in 3.5 hours. Birthday boy Simon still didn’t know where he was going, only he knew he was going somewhere warm, and prepared his luggage for warm weather. Our connection flight was from Athens where we arrived very early in the morning, but he still didn’t know the final destination.

The surprise is blown

It was time for boarding the second flight when the flight attendant checked my passport and said “you don’t have visa” and asked me to wait. Still I was ok, I frequently have issues with my documents at the airport, it takes time for them to understand the permission I have, so I’m used to be waiting. I thought it was the same issue. I tried to explain but she was only saying that she was sure that I cannot fly, she was obviously make us loosing time… Plane has left! We were frozen! We wanted to talk to the supervisor but nothing changed. We understood that Cyprus was not recognizing a permission valid for all EU countries. In fact, it wasn’t the permission the problem, but the Turkish passport! If you hold Turkish passport, it doesn’t really matter what permission you have.

We were going to stay in Larnaca (Greek side) only one day, the rest of the days we were going to Turkish side to meet my family. We sat at the airport unable to believe what was happening and thought what to do. We just wasted the plain tickets, the accommodation and the car we rented, if this was not enough, we did not know how to reach the island! We decided to look for other flights going to the Turkish side and we bought new tickets  with destination Ercan Airport in Northern Cyprus passing for Istanbul. Time to wait more, the flight is in the night. 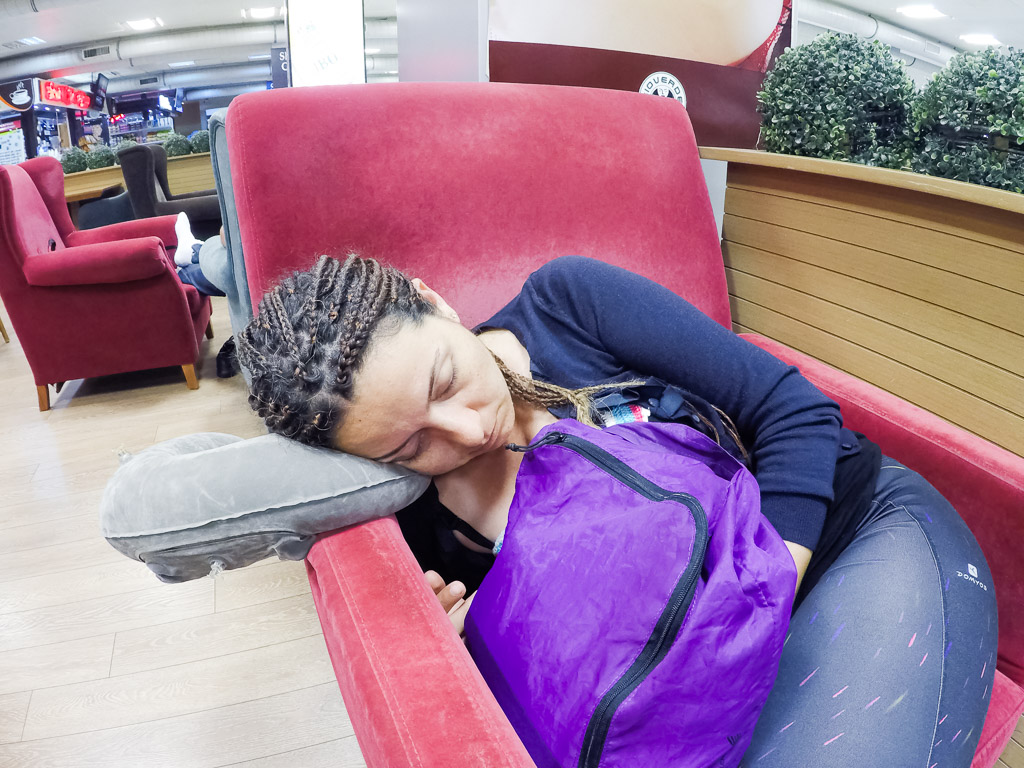 When we went to check-in, they wrote to the system “Cyprus” as our destination and they came up again saying that I cannot go and I need visa. I was like “Look, we have come from long way, not sleeping for a good time, you didn’t let me go in this morning and wasted my all trip and you ruined the surprised trip one time I’m doing in my life, so give me that f..king ticket.” I didn’t say. I couldn’t. “At least give us our ticket to Istanbul” we said. At the end, that Greek friend must have had a pity that he gave us our ticket to Istanbul.

When we arrived Istanbul, we couldn’t feel excited nor happy. We were on the way last 30 hours, and exhausted. We got our -hoping- last ticket, and waited the plane to go to Northern Cyprus.

After sleeping like a rock all the one hour in the plane, we finally arrived Ercan Airport at 1.30 in the night. We broke the record going to Cyprus from Dublin in 36 hours, changing 4 planes.

Next day, I went to the center where the border between the two countries cut the hearth of the city, I wanted to get information if I really couldn’t pass. We made it clear that a European document valid in all EU, only if you are Turkish it is not accepted in Cyprus without any official reason or law.

Sadly, we have got experience that Greek-Turk relations are not good as I was thinking. This was worse feeling than loosing money or time.

6 thoughts to “The longest TRAVEL | Turkish Passport and bureaucratic obstacles”